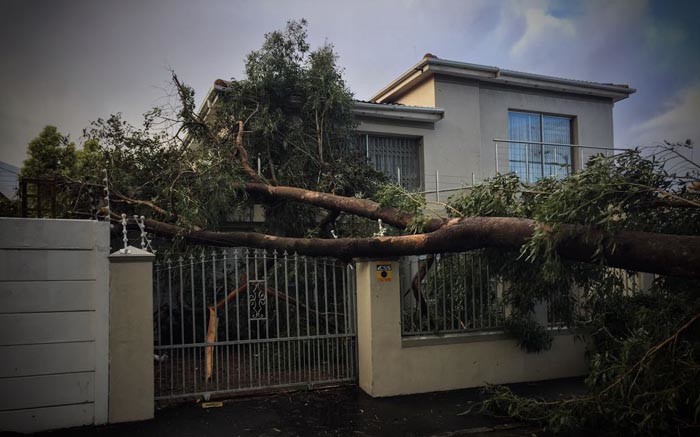 In other incidents an uprooted tree landed on a block of flats in Plumstead and the wind brought down electricity cables in Athlone. No one was injured.

The rains that came with the storm reportedly brought with it falls of up to 26mm in some areas of the city.

A House In Rondebosch East