We have now crossed over the railway line and are standing with our backs to the railway station. We are looking at the purely residential part of Plumstead, which it still is except for very small portions for business and schools today.

My father bought our property at the corner of Firfield and Palatine Roads. It was a biggish house of three bedrooms, a big dining room, a big lounge, a bathroom, with big front and back stoeps, an outside loo on the back stoep, and outbuildings. It was stood on four plots of ground, and I seem to remember him saying he had paid one thousand five hundred pounds for the property.

Our house was part of the old smallholding called Firfield. The house Firfield itself was still there – it was an enormous old house with a huge stoep running right around the house – and it stood near to what is now Delaney Road. The owner of Firfield then was Mr. Delaney, and Irishman, who used to breed racehorses, and still did so while we lived there.

Our house faced onto Firfield Road and our back gate was on Palatine Road. Right opposite our front gate was a small pine wood where we had a tremendous lot of fun as children. I can remember us building tree houses in that wood, and we played there for a good deal of our spare time. Just beyond this wood was a big double storey house where the Sunnyside Home now stands. This house was where the Hopkins family lived – the Hopkins boys were about our age and were our playmates – the pine wood being our playground.

From our front gate to the top of Firfield Road there were no other houses. From Morpeth Road to the station there was dense Port Jackson bush growing in the thick white sand. This bush stretched from Firfield Road to the station, to Southfield Road down to Morpeth Road. On that stretch of land I can remember a big double storey house standing slightly off centre of the area nearer towards Southfield Road. This house was occupied by a family called Brinkhuis – whether they were the first owners I don’t know, but they later built that big house in Southfield Road called Elton. 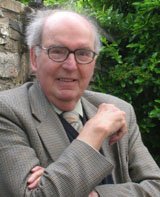 Along Morpeth Road there were some old houses – I remember one in particular being occupied by the Laurie family, Eileen, Jean and Gordon, and their mother. I think this is now one of the buildings of the Sunnyside Home. Looking from our corner down Firfield Road towards Ophir Road there were no houses on the left hand side. On the right hand side were our neighbours, the Branch-Clarke family, next lived old Mr. Neethling and his family. Mr. Neethling was a magistrate. Next to them lived the Joubert family. One of their sons, John, became very well known in the musical world as a composer. I remember him as a small boy going to school at Bishops.

From our corner down Palatine Road towards Victoria Road there was only one other house. It was just behind ours and was where a Mr. McDowell lived. Mr. McDowell was a building contractor and he built our house some four years before we came to live in it. Beyond his house, which of course he had built himself and which is now called La Serena; there were no other buildings until you got to Victoria Road.

At the corner of Palatine and Victoria Roads there was a big field with thick grass on which there was a row of little labourers cottages. These cottages were occupied by Coloured folk.

Outside our back gate Palatine Road looked very much like that portion I described up at the railway station. In winter it was a lake – in summer a thick sandy desert. Our family spent a lot of time digging lorries and carts out of the sandy road in summer and helped them through the thick winter mud. That was Palatine Road at the time. Where today there is a made-up pavement there were pear trees that had been a part of the old farm.

From Ophir Road to Woodgate Road there was very little habitation. There were a few houses at the Southfield Road end; the area was mainly white sand and pine trees. From the station down to Southfield Road was not a very long journey because one could go only as far as Woodgate Road. Going back to the station and standing facing down Southfield Road looking towards what is now Prince George Drive, on the north side of Southfield Road was quite a built up area. Along Brampton Road I remember a whole row of houses as far as Tiverton Road. In the area including Tiverton, Ashbury, Silverton, Dawlish, and Honiton Roads there were quite a number of old homes. These I cannot describe in detail because that area was not as familiar to me as the south side of Southfield Road.

1st made in Southfield Rd, Plumstead

Let’s take a walk down Southfield Road. On the left hand side one first came to Dr Scott’s old home. The old doctor was an ENT specialist, to be followed by the present Dr. Scott, Geoffrey. Both families lived in that old stone house which is now demolished and is the site of a modern group housing scheme. A little further along was an old house. I think it was called “Southcote”, near the corner of Honiton Road. On the other side was “The Garth”, which stood quite far back in its grounds. I am not quite sure who lived there first, but in my time it was the residence of Mrs. Ball.

It was in the outhouses of that property that Mrs. Ball ran her little industry that became famous for chutney. She was Mrs. H.S. Ball. We were H.V. Ball. We dealt with the same butcher, grocer and chemist. In those days of home deliveries very often her meat and her groceries were delivered to us and ours to her, making a good muddle at times. Very often over the telephone we would get orders for chutney. My Dad often said if we stared making chutney we could make a fortune taking orders that came to us by mistake!

Also on the left hand side, a little further down, was a large double storey house, Marron. This was the home of the Priestman family who came to Plumstead shortly after we did. This was another well known family. Beyond Woodgate Road there was nothing.

On the right hand side of Southfield Road there was old Dr. Wood’s home, also a big double storey mansion set far back in its grounds. After he died it became several different things – a boarding house, a nursery school, and so on. While we are busy with Southfield Road I’ll just mention that on the south side there were very few houses. Most of those there today, I can remember being built in my time. Beyond Woodgate Road down to Prince George Drive was just wild country – white sand, patches of grass and pine trees. In winter this area became a lake, here where today there are masses and masses of houses; most of them built after World War 2.

I remember how we used to build canoes to sail on the winter lake. We took a sheet of corrugated iron, folded it in half at each end and nailed in pieces of wood. A plank was nailed between the wide sides in the middle for a seat; two other planks were our paddles. We had lots of fun – the lake was not deep so thee was no danger, but our parents became annoyed about our wet muddy clothes when we fell into the water, which so often happened.

In the summer this lake dried into a sandy desert with a few pine trees and it became our “golf course”. Very smart we were – we would cut branches from pine trees and fashion these into ‘golf sticks’.

In Woodgate Road there were a number of large houses. I remember one particular double storey house were the Engels family lived. Of course Woodgate Road was just a rough graveled track back then.