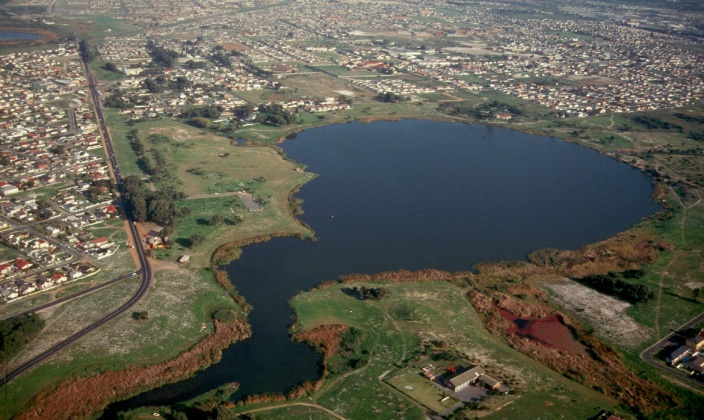 Posted in Neighbourhoods in Focus, Plumstead

The Princess Vlei, the gateway to the wetland system that runs through Grassy Park, purifying the water before it runs into the sea … a historical body of water located on the fault line between Cape Town and the vast sprawl of the Cape Flats, offers a meeting point for Capetonians from both sides of the divide to come and enjoy the tranquil beauty of the water nestled amongst the reeds. 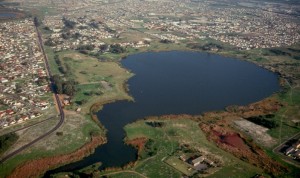 The Princess Vlei connects ecosystems, providing a habitat for birds, insects, aquatic life, remaining wild creatures and plants; and is a water course gathering the waters that flow from Cape Town’s southern mountains and the waters from our storm water drains, and feeing them into the great wetlands of Grassy Park, Zeekovlei, and the sewage works, before releasing the waters into the sea. In this it plays a valuable role in cleaning water, preventing flooding and offsetting storm damage.

The Constantiaberg backdrop to the vleis was known as Prinseskasteel, for the Princess is said to have lived in the cave near the (The cave is now called Elephant’s Eye because the mountain resembles a sleeping elephant.) Two streams – Prinseskasteelrivier and Prinskasteelrivier – flow from the mountain to the wetlands. Within the history of the First People of South Africa (Khoisan), the Princess represents that which is sacred within all of us … the dignity of a people. And that was defiled.

The legend of Princess Vlei, passed down through time, holds a fragile but consistent thread with the long lost Khoi and San tribes that were the first nation of our city and our country.

There are several versions of the legend of Princess Vlei and Little Princess Vlei, originally passed down orally by slaves at the Cape.

This legend recounts that at the time when Europeans first dropped anchor at the Cape, a woman who bathed in her Vlei on the Flats – a cowherd perhaps, a lone Khoi or Bushman woman – suffered at the hands of an invading hunter or sailor. The woman’s tears were unstoppable and thus Little Princess Vlei was formed.

Mid-twentieth century author Jose Berman married fact and legend in a story set in 1510. (Based on the documented version of a conflict between the crew of Francisco d’Almeida’s vessel, that was anchored at Table Bay on a return voyage to Lisbon, and the Gorachoqua Khoi.)

History relates that after the Portuguese had killed some fifty Khoi, in revenge for the Khoi taking more than was offered to them in a bartering transaction, near the river at what would be Observatory today, the Khoi gave chase. They killed more than sixty Portuguese on the beach at Table Bay, including d’Almeida, who died with a Khoi spear in his throat. In Portuguese history this was considered a serious defeat as not only was d’Almeida an aristocrat with connections to the King of Portugal, but the Portuguese far outnumbered the Khoi. In addition, the 59 year-old d’Almeida was hailed as a hero and was returning home to an honourable retirement.

Although author Jose Berman uses the d’Almeida story, he sets his version of the Princess legend further inland than d’Almeida’s crew had ventured — at Princess Vlei, where a princess, whilst taking her customary bathe in her Vlei, is abducted by a member of d’Almeida’s crew. 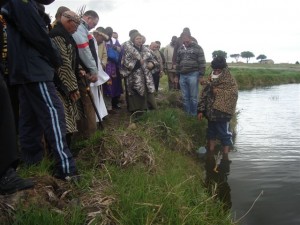 Church members still come from Phillipi and Khayelitsha to be baptised in its waters. For local residents it offers a peaceful and leafy respite from the mean streets of Lavender Hill and Lotus River. Children catch tadpoles in the shallows, adults braai and fish, or paddlers canoe across the lake. Anglers gather to compete and practice their sport.

Recent calls to save Princess Vlei from being developed and a shopping mall constructed are attracting many leaders.

“Princess Vlei is a wetland and a public open space lying south of Cape Town’s historical centre. It brings multidimensional benefits to the people living in this area of the Cape Flats, but also to Cape Town as a whole. In parallel it is a place of intense meaning, collective remembering, and a site that can potentially heal wrongdoings of the past by allowing those marginalized during apartheid to gain space to articulate, celebrate and reflect upon their cultural history. As a wetland it generates a row of ecosystem services, not the least that of retaining water in times of flooding, but it also functions as a space for supporting animals and plants and forms part of the corridors of the Cape Town Biodiversity Network. As a public open space it has become an intense part of collective memory, being one of the most cherished open spaces accessible to those classified as “Coloureds” during the apartheid era, as told by many that visited the Princess Vlei during the objection letter day in October 2010.” – Henrik Ernston.

“It was a remarkable gathering: A Catholic archbishop and a primary school jazz band, chiefs from Khoi and Xhosa tribes, a rabbi and a sheikh, a baptising Pentecostal elder and a Buddhist… a rare moment when our rainbow nation shone in all its colours.” – Bridget Pitt

The shelving of the development of the Princess Vlei site was announced in a statement issued by Alderman Ian Neilson, Executive Deputy Mayor, City of Cape Town, on March 22nd 2014 –  “…We have come to the conclusion that, notwithstanding the zoning that has been achieved for the development, the only workable option would be for the City to cancel the proposed sale of the land to the developer…” “…it is evident that the idea of a shopping centre on the land is inappropriate.”