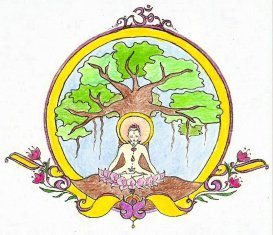 Sources to Health, Wealth and Prosperity

The home and office are where we expect to enjoy the fruits of our labour. We expect to enjoy our peace & happiness, progress & prosperity, health & wealth and the faith & spiritual development from our home or work place. Conforming to the principles of Vaastu, Crystal Gridding or Feng Shui brings mental peace and prosperity to the occupants of a house, office, business or factory premises in the shape of good business progress with the least possible tensions, domestic bliss of a high order, happiness …

The philosophy and concept of Vaastu Sastra has more to do with complex mathematical calculations along with the energy lines of the earth;
The magnetic compass was invented for Feng Shui and has been in use since its invention. Traditional Feng Shui instrumentation consists of the Luopan or the earlier south-pointing spoon; and
The gridding process sets up a vibration creating high frequency energy through crystals with which people begin to sympathetically resonate with, not only physically but in terms of consciousness as well.

Faith is not a prerequisite to success. Instead effective creation of energy and positive vibration, flow of balance and harmony are required.

The Principles of these disciplines are based on precepts laid down thousands of years ago.
Crystal Gridding is a process of arranging quartz crystals into Sacred Geometric Patterns and performing a ceremony intending to access higher levels of consciousness.
In case the of Vaastu Sastra, this is in Indian classics like the Puranas and Vedas. It concerns the order – the harmony – of heaven and earth and ways in which we as humans can keep the balance of humans intact.
Feng Shui is an ancient Chinese system of aesthetics believed to use the laws of both Heaven (astronomy) and Earth (geography) to help one improve life by receiving positive qi.

Sciences and ancient wisdoms that have survived through centuries for the positive energy and currents from the cosmos, to enter the home or office, bringing harmony and balance.

5 Replies to “Sources to Health, Wealth and Prosperity”